6 Steps for a Second Semester Reboot 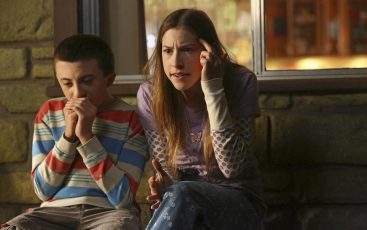 Okay, it’s time to face reality.  Your winter break is just about over and in a few days you’ll be looking into the faces of your sweet students.  If you’re like me, you’ve been dreaming about how you might do things differently next semester.   Ah, where to start…

Who doesn’t love a fresh start?  Let’s make a resolution to keep making resolutions.  After all, the key to our growth as educators (and people) is reflection, plan, change, REPEAT.  Keep fighting the good fight, my friend!  The fruit of growth is always joy.

Being a Rookie Teacher is Not for the Weak!

My role at school has changed this year and it has me feeling like a rookie all over again. I’ve already made a few mistakes and I haven’t even officially started!  That hasn’t dimmed my excitement; however, but it does have me feeling reflective about my rookie years in the classroom.  Part of my new role is serving teachers new to the field or just new to our school.  I want them to know that I remember…it’s hard!  But, it’s SO worth it!

My first teaching job was a challenge.  I graduated in December and was teaching in January in a small rural school.  The department chair had, like many other educators, decided to leave the field altogether to join the private sector.  I took over a few of her classes and they traded out her Calculus classes with another teacher and I took over a few of his classes.  After all, I was just fresh out of the gate.

They handed me an Algebra book and said, “get as far as you can get.”  That was the curriculum, I guess.  The tests were written by hand and each teacher wrote his/her own tests.  I tried to partner with another young teacher who has since moved on to teach at another school (as did I).  She was experimenting with cooperative learning, to the point that students received group grades on all things, etc.   It was the 90s after all!

I had one student who saw this tiny (I’m 5’2″ on a good day) little insecure teacher and would have a field day with me.  I’d get anxious and sick to my stomach before that class everyday.  He’d see every chink in my armor–every inconsistency.  His class had been transferred from the teacher who still remained at the school.  He was a baseball coach and well liked.  Kids didn’t mess with him.  He’s still there.

I remember one student saying, “I don’t even remember Jake* being in the other class.  But he’s all we talk about in this one.”  I distinctly remember that girl.  She was tiny and athletic.  Had a tom boy mannerism about her that gave her a toughness that was intimidating as well.  She had a buddy in the class who was a farm boy.  He also played football and his appearance embodied both those things.  He was tired on days they were seeding or harvesting because he woke up early.  I felt that they were both judging me for not having all together.  And I didn’t.

I did everything I could to manage Jake.  I called mom and she said he had no other issues with teachers.  I talked to the dean.  She said just write everyone up and she would deal with it.  Really?  I was just glad I only had him for a semester.  I would start over next year and never let myself get wrangled into such a negative relationship with a student again.  Ugh!

Not to say I haven’t had issues with students.  But, honestly, I’ve never felt they were out of my control or that I was helpless in solving them.  I’ve come up with some tried and true methods that have yet to fail me.  Through it all, though, I never doubted that I wanted to be a teacher.  Not even once.  I was born for this.

*Name has been changed to protect the not-so-innocent.

Your thoughts?  Did you have a rough first year?  A student you went rounds with?  Were you able to connect with that student for a positive outcome?